We’re pleased to welcome The Brooklyn Museum into The Commons on Flickr.

As Deirdre Lawrence describes on the museum’s blog, William Henry Goodyear was Brooklyn Museum’s first curator of fine arts. He went on a number of architectural research expeditions to Europe, Turkey, Egypt and Greece between 1895 and 1914, and now you can see part of his documentary on Flickr too, the Goodyear Archival Collection.

There are magical lantern slides from Egypt…

…and delightful images from the Paris Exposition 1900, often hand-coloured.

In other Commons news, the Powerhouse Museum continues to share images of early Sydney history and rural life in Australia, with something new to see from the archives each week.

Alongside the Powerhouse, the Library of Congress gives us fascinating glimpses into suffragette history and a curious sport called auto polo, amongst other things, at a rate of 50 new photos each week.

Fantastic examples of your contributions to The Commons keep popping up. On this lovely photo of “L.L. Bonheur, Mrs. B. Cochran, T. Roosevelt, Jr., and O. Straus and wife”, Flickr member whyaduck uncovers some interesting additional information… “According to the 1918 Brooklyn Daily Eagle Almanac, an L.L. Bonheur was manager of the Theatre Francaise, 35th Street near 6th Avenue. Mrs. & B. Cochran remain a mystery to me.

O. Straus is undoubtedly Oscar Straus, of the family which controlled Macy’s Department Store by the 1910s. Oscar was the younger brother of Isador Straus who went down with the Titanic. He was the first Jewish cabinet member, serving as Secretary of Commerce and Labor under President Theodore Roosevelt from 1906-1909. Not surprising that he was hanging with TR, Jr. at whatever event this photo depicts.”

The Prints & Photographs Catalog at the Library of Congress has about 127 new updates derived from information provided or sourced by members of the Flickr community. If you’d like to see, you can head over to the P&P search page and look for “flickr”. Helena Zinkham, Acting Chief of the P&P Division, was interviewed by Photo Share Podcast (Part 1, Part 2) about what it’s been like for the Library to be a part of this. Indeed, Seb Chan from the Powerhouse has written about what the conversations on Flickr may bring to the museum perspective in Conversation, the Commons, museum futures, and ‘architectures of participation’. It’s also great to see Shelley Bernstein opening up a conversation around what it’s meant to make the Brooklyn Museum’s Egyptian lantern slides available for high resolution download. That’s a Commons first!

We’re also looking forward to introducing search across The Commons (coming soon!), and we thought it might be nice to add a few links to The Commons around the site (oops!). There is a ton of interest in the Commons program from libraries and museums all over the world, so we’re in the midst of planning new releases into the coming months. Yay! Father’s Day is almost upon us (June 15th this year)! Instead of gifting dad with another tie, why not take a moment to do a little more with your photos and make a unique and memorable gift. A few ideas:

If you’re looking for more ideas, check out the PhotoJojo archives (if you’re not a subscriber, you’re missing out).

Surviviors of “Titanic” on “Carpathia” Yet more historic gems from The Library of Congress added to The Commons on Flickr.

Landing around The World

Hey, travelers! George has a mission for you:

“I’m going to be traveling a bit in June. Thought I should start documenting it. Would awesome if we could get video of landing in all sorts of places around the world! Window seats, unite!”

You have your orders: Landing around The World!
Posted by Heather Champ
Permalink my Po river and me 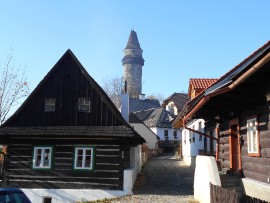 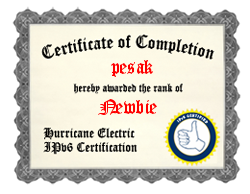